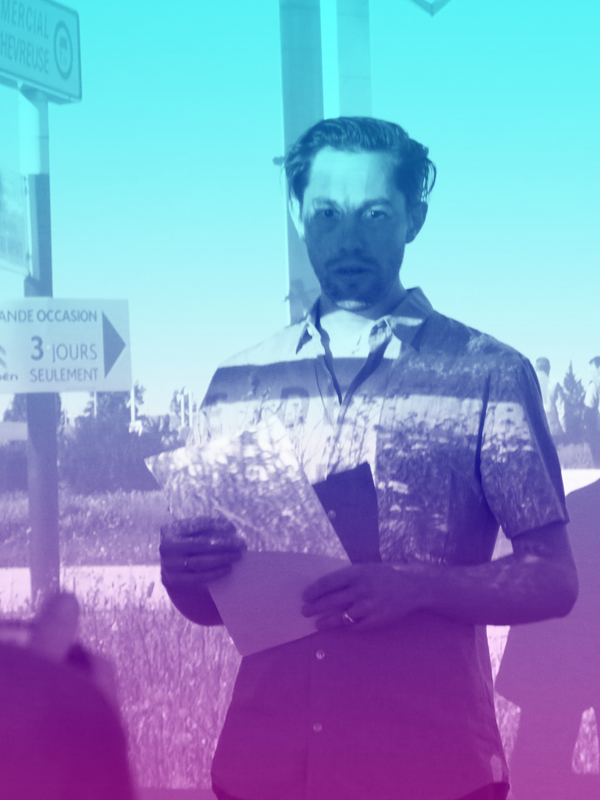 Yves Mettler’s work aim at building a sense for today’s global urbanisation process. He realises interventions in the public space and sound installations that present a narrative fabric, giving the urban environment a polyphonic, emotional, and often humorous, expression. Since 2003 he has been developing a research & art practice around urban places called ‘Europe square’, cultivating the spaces between urban reality and symbolic values.
His works have been shown at Bozar, Brussels (2016), Museu da Republica, Rio de Janeiro (2014), Kunstmuseum Luzern (2015). In 2010, he participated in Bruno Latour’s Art and Politics Pilot project at Sciences-Po. He holds an MFA from the Vienna Art Academy and an MA in Art Theory and Language, EHESS, Paris. He is also co-editor of the Vienna based art fanzines Chicago, Helvetica, Plotter.